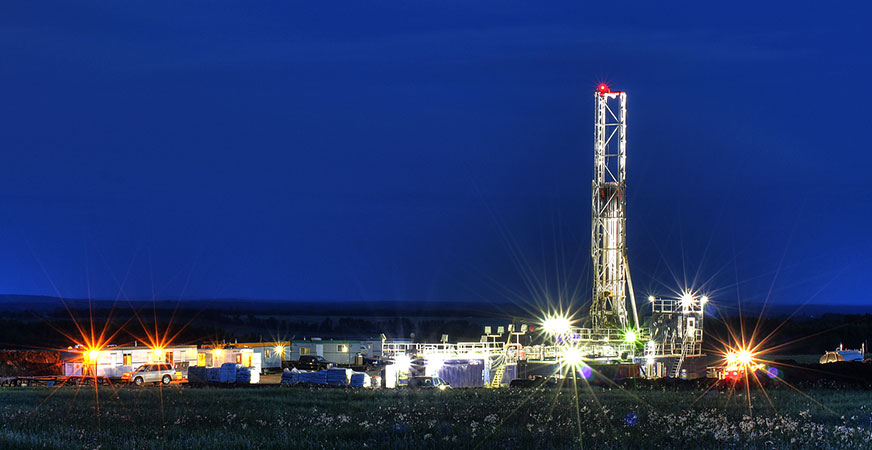 Australia Energy Corp. (“AEC”), the predecessor of PetroFrontier Corp., was incorporated in Alberta on February 6, 2009.

On April 1, 2010, AEC entered into two additional farmin agreements pursuant to which AEC could earn a 50% working interest in 7.8 million gross acres of exploratory lands in EP127 and EP128 in the Northern Territory, Australia.

On December 31, 2010, AEC amalgamated with Pendulum Capital Corporation (“Pendulum”) to form PetroFrontier Corp. (the “Corporation”). The common shares of the Corporation began trading on the TSX Venture on January 13, 2011, under the trading symbol “PFC”.

By mid-2012, the Corporation had accumulated exploration acreage totaling approximately 14,067,710 gross acres in the Northern Territory, Australia, in which it owned an approximate 86.6% working interest or 12,187,918 net acres (the "Lands").

Farmout of Australia acreage to Statoil

On June 20, 2012, the Corporation farmed out the Lands to Statoil Australia Oil & Gas AS (“Statoil”), a wholly-owned subsidiary of Statoil ASA, (the “Statoil Farmout”). The Statoil Farmout was subsequently amended on June 10, 2013.

Statoil, as operator, undertook exploration activity on the farmout acreage in the Northern Territory, Australia.

However, by the end of 2014, these exploration efforts proved to be unsuccessful and they ceased. As a result, the Corporation is no longer actively involved in Australia and the Corporation’s carrying value of these assets has been written off. As the parties had satisfied all of their work requirements associated with the Lands, they have now been, or are in the process of being, relinquished to the government or transferred to a joint venture party (Baraka Energy & Resources Ltd.).

In 2015, the Corporation retained GMP Securities L.P. (“GMP”) as its exclusive financial advisor to assist in identifying and evaluating a wide range of strategic options for the Corporation. Numerous opportunities were presented by GMP and reviewed by the Corporation’s Board of Directors, culminating in the purchase of certain heavy oil interests (the "Cold Lake Interests") in the Cold Lake area of northeastern Alberta from Kasten Energy Inc. ("Kasten").

The acquisition price for the Cold Lake Interests was approximately $17,490,000 payable:

The Cold Lake Interests include highly contiguous lease interests of approximately 16 sections in the Cold Lake area of northeastern Alberta. Production from these lands in the first quarter of 2016 reached approximately 340 barrels of oil per day, with current volumes at approximately 300 barrels of oil per day. Of the 11 earning wells drilled by Kasten to date, five remain cased but not yet completed. There are in excess of 20 existing wells that can be completed or worked over in the near term to bring the current productive capacity on the lands to over 1,000 barrels of oil per day with very low capital expenditures. Furthermore, management of the Corporation is of the view that, on the existing land base, there are over 200 additional potential drilling locations holding multi-zone potential for oil in the Mannville sequence (Colony, Sparky, Rex, Lloyd and Cummings zones). The Corporation is in the early stages of its development of these Cold Lake Interests.

Effective as at December 31, 2015, DeGolyer and MacNaughton Canada Limited prepared an evaluation of the oil reserves attributable to the Cold Lake Interests (the “D&M Report”).

Please download this document with tables that summarize the data contained in the D&M Report that was prepared in accordance with NI 51-101.

In early 2018, the Corporation entered into a development agreement with Bigstone Oil &mps Gas Ltd., the wholly owned energy company of the Bigstone Cree Nation. The agreement provides for the development of an initial 3,040 acres of oil and gas rights from the surface to the base of the Mannville in the Wabasca area of north-central Alberta (under lease to Bigstone Oil). The lease provides for an Alberta Provincial Crown equivalent royalty with a minimum rate of 10%. Under the terms of the agreement, the Corporation, as operator, has the right to earn a 90% before payout working interest and 50% after payout working interest in five earning wells to be drilled by March 31, 2021, and a 50% working interest in the balance of the lease.

The Corporation considers the play to be analogous to the conventional cold-flow heavy oil play being developed in the nearby Brintnell field. The prolific Brintnell field has produced over 420 million barrels of oil and is currently producing approximately 65,000 barrels of oil per day. This new core area for the Corporation is within an area tightly held predominately by large energy companies.